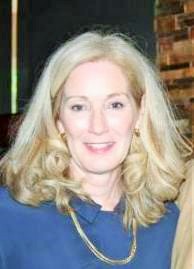 Colleen works as Vice President of Advancement for Child Rescue Coalition, a technology non-profit committed to the global protection of children in partnership with law enforcement. She previously served in leadership roles in the pharmaceutical and telecom industries nationally and globally, working in mergers and acquisitions, financial analysis, strategic planning, operational infrastructure and IT.

In addition to MRTNA Colleen serves on the boards and volunteers for a number of local non-profit organizations, including as Treasurer/Director for Broward Navy Days, which hosts the annual week-long celebration of our men and women in the military, Fleet Week Port Everglades.

She holds a BS in Marketing Research from the University of Maryland, an MBA from Pennsylvania State University, and completed the Executive Leadership program at Northwestern University Kellogg School of Business.

Colleen is originally from Washington DC. She has lived in Fort Lauderdale since 2007 and has been a resident of Middle River Terrace since January 2011.