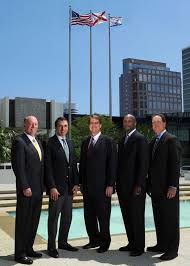 While the measure doesn’t change the fact that the state’s Constitution bans gay marriage, supporters of the resolution said it was critical for Fort Lauderdale officials to make clear their opposition to that ban.

The city has become a marquis destination for gay tourists and is home to one of the state’s largest gay, lesbian, bi-sexual and transgender populations.

“If we’re truly going to be an All-America city, we have to be a city for all Americans,” said Commissioner Dean Trantalis, referring to the national award the city won over the weekend.